History of the church:

The present church building was begun in the late 13th century, while its parish may well have been carved at the same time from the north Chester parish of St Oswald: a good explanation for the church's dedication to St Oswald.

Backford church is first mentioned in an assessment of English churches by Pope Nicholas, between 1288 and 1292. However, our first known vicar, William d Aston, was appointed by Birkenhead PRiory in 1305, so we may consider St Oswald's history to start from then. Birkenhead retained the rectorial tithes and advowson until the 16th century. However, after the dissolution of the monasteries, the church was placed in the new Diocese of Chester, and the Bishop of Chester was granted both privileges. That remains the position today.

The building is of three separate sections:

Other features of historic interest.

Reference: 'St Oswald's Church in the Parish of Backford', by John Peter Hess, 1998 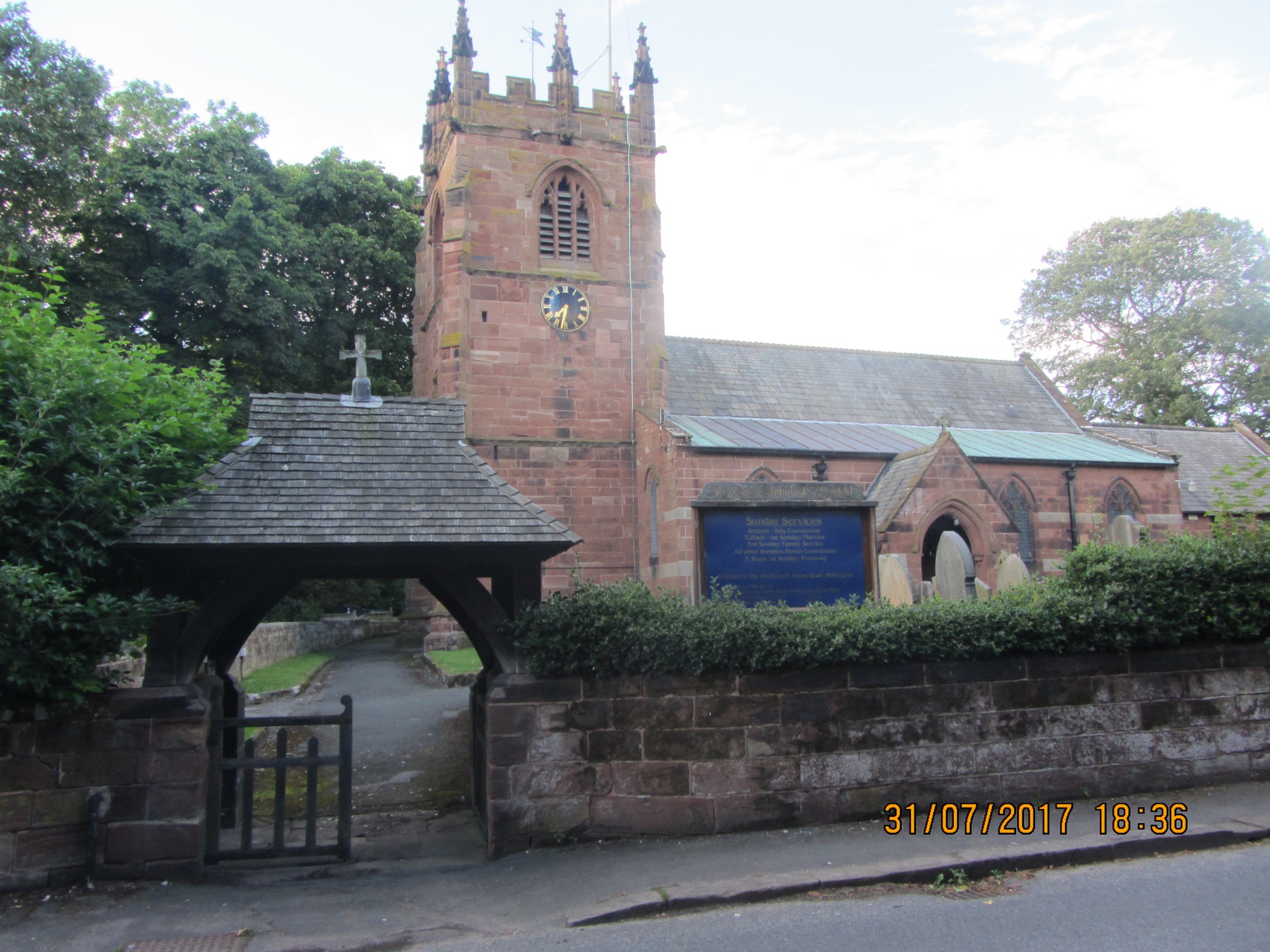 Millenium window at St Oswald's, Backford, Cheshire Backford is not the only Church to install a new stained glass window as a permanent celebration of the new Millenium. What is different, however, is that the entire project was initiated and managed by the Bell-Ringers. As well as the main theme, the window contains a small bell as a symbolic reminder of regular call to worship. The whole idea of celebrating in this way came from Brian Thaxter OBE, one of the Backford fingers, and it was he who led the working committee through all the staes. A fund was started by a kind donation from the family of the late Bill Littler, and an appeal launched within the Parish. Due to a wonderful response and tremendous support for a traditional jazz evening, the total amount required was raised within seven weeks.